Hundreds of SCO Family of Services’ friends and supporters came together on Thursday, June 20th at the Cradle of Aviation Museum to celebrate SCO’s 2019 Annual Benefit and its dedication to providing life-changing results for New Yorkers in need. SCO honored two longtime supporters, Central Business Systems and Philip J. Catapano, Esq. This year’s theme was “Soaring to New Heights to Support Women and Girls.”

Central Business Systems, a longtime supporter of SCO, received the Shepherd’s Award for their service and dedication to SCO’s success. The Shepherd’s Award was established to honor individuals and community leaders most committed to the mission of serving those in need.

Philip J. Catapano, Esq. was honored with the Extraordinary Service Award in recognition of his compassion and commitment to the children and families we serve. For over 30 years, Mr. Catapano has been supporting SCO. It began in 1985 when his wife, Kathleen, started a Duffel Bag Project with family and friends to provide holiday presents for teens and young adults in SCO’s Independence Inn transitional living program. The Inns, located in Brooklyn and Queens, provide shelter and supports for young people who have run away or are experiencing homelessness. After Kathy’s passing in 2014, Phil and his family continued the project and are now providing duffel bags filled with everyday necessities to over 100 young people at SCO’s seven Independence Inns.

Chuck Nice, stand-up comedian and co-host of StarTalk was the Master of Ceremonies (MC). The night included a silent auction of artwork made by youth from SCO’s Robert J. McMahon Children’s Center in Sea Cliff as part of their art therapy program. There was live music on stage, strolling photo booth, live artist, and a Casino after Party. Photos 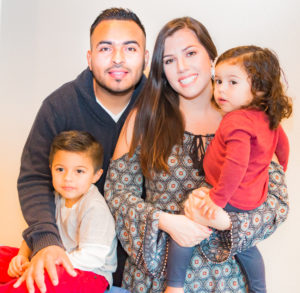